Finding a place to stay in Cotonu. Our Hotel search

This is the part 2 of my Cotonou post..  I’m going to talk about how we found a hotel search and our navigation tools. Read Part 1 here

We left Seme by 4 pm and after the border Wahala, all we wanted to do was to just eat and sleep.

It was time to find our hotel.

We had already made reservations for hotels via booking.com.. Which was very straight forward.. I made 3 hotel reservations because I have trust issues when it comes to Hotels. I know for a fact that a lot of hotels exaggerate their services online to get more customers.. I was not wrong about this.

Note that if you are also going to do this on booking.com, you need to book hotels that allow free cancellations else booking.com will charge you if you don’t stay at that hotels…  You can also use Hotels.ng and other booking services… most of them are good enough.

Another issue we had would have faced was getting directions to the hotel.. Mostly Because of the language barrier. ….

What I did was to download the offline map of Benin republic on the google maps app… guys.. This was a life saver…  most especially as our phones refused to roam and we didn’t have data for the first 2 days… this was absolutely necessary.

I also saved the locations of the hotels on the maps. .. How? Before we left the house in Lagos, I put in the address of the hotels in to google maps, searched for directions straight from Lagos to the hotel and saved the directions.. I even took screenshots just in case…

Google maps will also show you directions to more places while you are offline as long as the map is downloaded offline onto your device.

Our first stop was apartment ile wura…. Which was fully booked up (a disadvantage of making a cancellable reservation,. You might not meet your room after a particular time.. )

Ile Wura isn’t a Hotel.. It was  basically semi serviced house.. Like an Airbnb but with a manager and your house keeper.

We booked an apartment because its more economical when you are travelling in a group. honestly, I actually prefer apartments to hotels.

Ile Wura was the perfect apartment, The living room area was cozy.. There was small garden, not too many rooms, picture perfect etc…  with apartments, you don’t share it with too many people, you can decide to cook as there’s a kitchen or you ask the chef to cook for you (at a cost sha), it’s a nice mix between an apartment and a house…. We LOOOOOOOVVVVEEED it.

We were so disappointed when we were told all the rooms were occupied for the whole week but because we had a reservation, they found us another set of rooms in a sister apartment called Hibiscus… (owned by the same person.. Was more like an annex of Ile Wura… )

Fortunately Hibiscus had 2 available rooms and in my opinion looked better than Ile wura. The manager of Hibiscus, Emmanuel was such an amazing host and a super patient person.. He didn’t speak a lot of English but would listen to our rants, gists and requests and try his best to interpret and vice versa.. It was soo cute.. He even gave us some french classes before we left.

Hibiscus was less than a 10 mins drive from the airport, Erevan (the mall), and near the Hilton and the american and Nigerian embassy… even though it was still tucked inside the residential areas..

Oh and the best thing about Hibiscus, the view and this cool artwork on the top floor… we had soo many photo shoots!!!

We still wanted to check out the other hotels, you know, in case we saw something nicer or a better deal so We left Hibiscus and the next place we went to was Hotel Easy.. Hotel Easy is a nice  budget hotel.. The manager spoke English and was super nice to us… The rooms were good though with some issues but like I said not bad for a budget hotel.. The rooms were as low as 15,000 CFA per night and some discounts were still available.

The 3rd hotel we booked which I don’t think I should mention their name was more expensive than hotel easy but the rooms were smaller, riddled with mosquitoes and the service was horrible from their front desk… It wasn’t even an option… so we left and off to Hibiscus we went!! Hurrah!!!

That was our hotel waka..

It was late when we settled in and we had some food with us which we had for dinner thanks to a family friend and the Hibiscus kitchen..

We were so tired and our beds were super cosy that we all slept till noon the next day!!

Looking for stuff to do in Lagos? You’ve come to the right place. 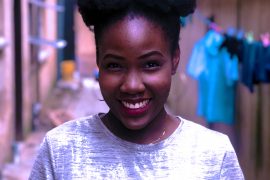 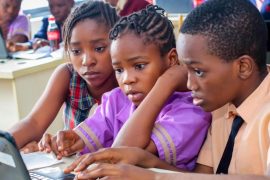